Coral reefs are the most biodiverse ecosystems in the world. The loss of these systems is a global catastrophe. In 2020, the Swiss ETH spin-off rrreefs was founded, which rebuilds destroyed coral reefs with the help of 3D-printed clay elements. rrreefs stands for rethinking, rebuilding and regenerating coral reefs. The initiative was launched by three young women, one artist and two scientists. This combines scientific ambition with an artistic aspect. We spoke with one of the founders, marine biologist and research diver Hanna Kuhfuss. 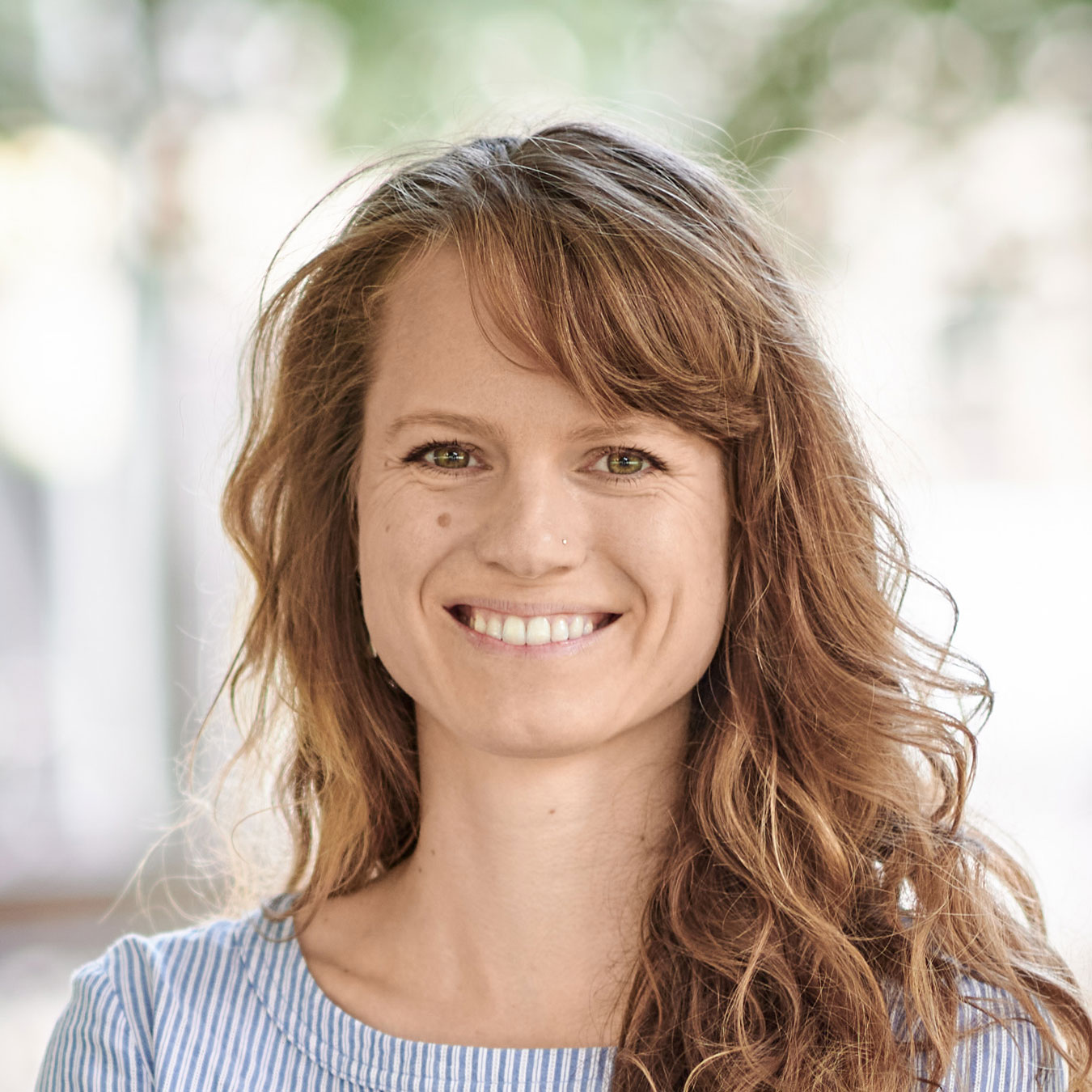 The coral reef is a key ecosystem in the overall ocean ecosystem. And if we don't have a functioning ocean, then it will be really uncomfortable for us on this earth.

Coral reefs are important for us humans. Why is that?

Coral reefs have many valuable ecosystem functions. Many coastal states depend on reefs for food. The biggest source of protein they have is fish and other seafood from the reefs. Of course, there is also a great economic potential behind it, diving and snorkeling tourism, but also bathing tourism, because the white sand of the beaches is produced in the reef. Then the coast is protected by coral reefs - they perform the important function of breakwaters, absorbing over 90% of the wave energy that rolls towards a coast. And they are incredibly intelligent: any damage done to the reef can be repaired, provided that the water quality and temperature are good and there is sufficient light.

What is often forgotten: chemicals for many important drugs against AIDS, cancer and strong pain medications come from coral reefs. But marker substances that can be used to stain cells under the microscope and that have revolutionized our cell biology and medical research and technology also come from jellyfish and reefs.

How do you put a stop to coral mortality?

Our mission is to return a habitat to corals and all the life that depends on them. Corals are animals that make their own skeletons out of limestone and thus build reefs. And these animals are currently dying all over the world.

When the corals are dead, their calcareous skeleton is eaten away by other harmful algae, fungi and bacteria. The whole thing collapses and rubble fields form on the seabed, also called killing fields, where it is very difficult for corals and other reef animals to regain a foothold. This is because when a coral larva settles there, wave action can turn these calcium carbonate skeletons, suffocating the coral larvae. It's incredibly difficult for a coral reef to regenerate on its own once it's in this state. That's why we build them a solid structure that provides a substrate that corals like, where they like to grow on - clay is very good for that. We work with the micro and macro surface of this structure, looking at the interaction between the water flow and the reef. We try to design our reef elements so that coral larvae are transported from the water column with the current to the structure, to places where they can attach and be protected. That's point one: rebuild a space for baby corals around the reef. Point two is: we are using our reef system to rebuild the burrows and hiding places for fish and other important reef animals that were previously broken. This allows these animals to continue to reproduce and stabilize the ecosystem. With these measures, we can give coral reefs more time to survive. Ultimately, however, we absolutely must, and as quickly as we can, stop global warming. For a healthy ocean - and for ourselves.

We have a total of only 20% intact coral reefs left. All others are endangered, highly endangered or already lost. 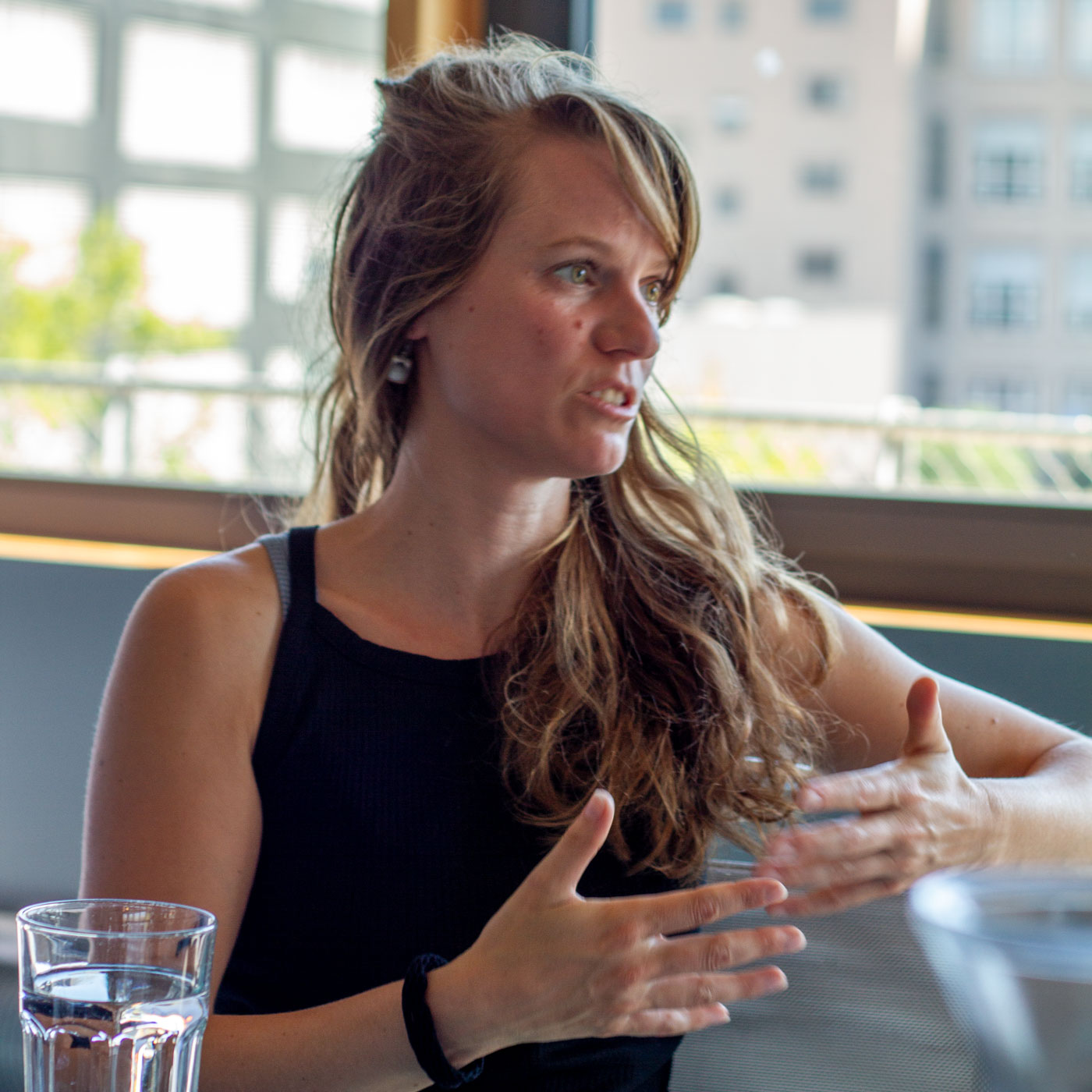 We have a total of only 20% intact coral reefs left. All others are endangered, highly endangered or already lost.

How successful is your pilot project?

We put the first larger pilot reef in the water last September, at San Andrés Island in the Colombian Caribbean. The reef is as big as a small van. We are very happy because it is working so well. We did the first fish monitoring after three months, counting the species diversity of fish versus that of the natural reef, and there is only a minimal difference between the two. We have super abundant juvenile fish in the reef. And key organisms like parrotfish, which are very important to the reef and keep it in balance.
And a week ago we celebrated our biggest success. We got pictures from our local partners on the ground who are monitoring the reef, showing them: We have the first baby corals in the reef. That means larvae have started to emerge.

Recently you received the "Planet Hero" award from Zurich Insurance. Of course, this is also associated with the media press. What does that mean for the project and for you personally?

The award is incredibly valuable, for the project and for us personally as well. It is a great motivational boost. And the award was not only associated with a great deal of appreciation. A film was produced that gave us a lot of media exposure. The insurance company financed the half-yearly monitoring and someone from Zurich Insurance sits on our advisory board, which we are very grateful for. And thanks to Zurich, we can participate in Reef Futures, one of the big coral conferences.

What are the biggest obstacles to your vision?

That's actually the funding - the funding and the size of our team. We have a lot of work and a lot of requests. We would need a person who just takes care of funding, applying for project money and prize money, dealing with investors. But we are not yet set up to offer a normal salary.
Scientifically, we are super well supported. We are also well networked by now. And above all, we also experience a lot of support locally, where we are building the reefs.

Our vision is to think really big in 5 to 10 years and protect miles of coastline with a reef system.

Our vision is to think really big in 5 to 10 years and protect miles of coastline with a reef system.

Who is Hanna and why did we choose her?

Hanna Kuhfuss is a marine biologist and research diver who has worked for various green and social startups and NGOs in the field of ecosystem conservation and applied marine science. As a research diver with more than eight years of experience in ecosystem conservation and restoration, Hanna leads rrreefs' field operations. She is responsible for underwater safety and rrreefs' scientific field and laboratory experiments.

We all know how much coral reefs are threatened with extinction. That's why I think the idea of recreating the reefs with natural means and thus providing shelter and food for thousands of marine animals again is very great!
Danielle Guye
Junior Project Manager

Coral reefs are the rainforest of the ocean, because they need carbon dioxide to create their corals. So they have an impact on the ocean and the whole world.
Noelia Blanco
COO & Key Account Director

The ocean covers 70% of our planet. Corals are the habitat for about 30% of the living creatures in the sea, but make up only 0.1% of the ocean. This is home to millions of species of living creatures.
Christoph Schmidt
CEO & Managing Director